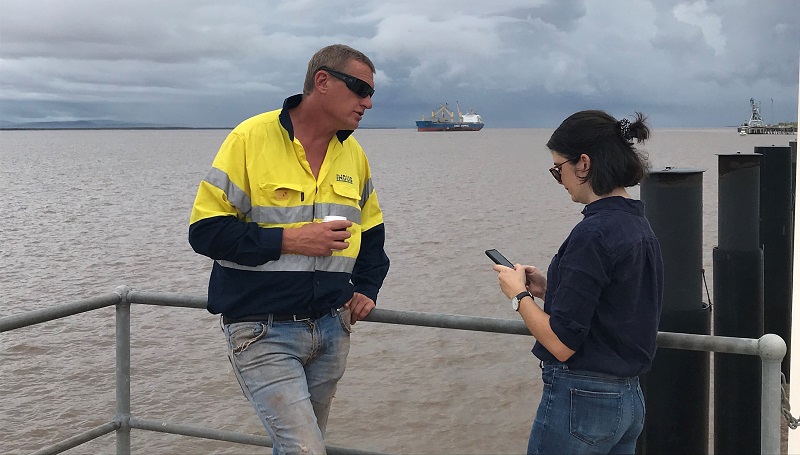 Indus Mining is hoping it is just six months away from loading its first iron ore shipment from a new mine, 180km south of Wyndham.

The mining services company will submit a proposal to the Department of Mines, Industry Regulation and Safety this month seeking approval to mine greenfield site Matsu, just 15km from its Ridges mine.

Indus began operating the Ridges mine site in July as part of a joint venture with Habrok Mining and Ridges Iron Ore, after it was mothballed by tenement holder Kimberley Metals Group in 2015.

Development of the Matsu project comes as Indus winds down operations at Ridges, where production is flagged to cease in August.

Matsu has a mine life of at least two years, with a 3.2 million-tonne reserve of high-grade ore at the site, set for export from the Wyndham port to China.

With plans to begin exports in September, Indus managing director Ben Van Roon said he was hopeful timing would allow all 120 direct employees to transfer from Ridges to Matsu.

"The perfect world, in my eyes, is to have the truck take the last tonne of dirt out of Ridges and then drive over to Matsu and take the first tonne out of Matsu," Mr. Van Roon said. "The odds of that happening - you need all the stars to align."

Mr. Van Roon, pictured, said the $15 million to $18 million start-up cost of Matsu would primarily go towards the development of a new access road into the site.andnbsp;

Fuel, workshop and office facilities would be transferred from Ridges, while employees would continue to use the Ridges campsite.

With a 50:50 split between local and fly-in, fly-out employees and a requirement for a further 15 employees, Mr. Van Roon said Indus' expansion into Matsu was good news for the East Kimberley economy.

He said it meant the company would continue to inject in excess of $3.5m each month into local businesses.